I work out of RAW Photographic Studio in Denver. It’s a collective of sorts with about a dozen “residents” who share the space. Tony Clapp, one of the principal founders of RAW invited me and fellow resident, Rob Walker, to his shoot with Jessa. One of the things I love about working at RAW is that it’s more than just a studio space. Many there refer to the group as the RAW family. The residents are all talented, creative photographers and they are always willing to share what they know with each other and are always supportive.

I’m relatively new to photography and Tony is highly experienced, so it’s always a pleasure to shoot with him. With this shoot he challenged me to shoot with a wide-open aperture with flash. For photo geeks that are interested, I never shoot wide open in the studio. There’s just not a lot of reason to because, for the most part, there are no backgrounds to blur and I’d rather shoot at f5.6 to get more depth of field. For this shoot, I shot at f1.4. The backdrop that we were using was all wrinkled from being in storage and shooting at a wide aperture like this would make it look smooth and creamy. But when you’re working at f1.4, your focus has to be right on. You can see that there is only a sliver of space that’s in focus. If the eye is in focus, even the nose will look slightly blurred. For the most part, I got the focus, but some of these are a little off.

Tony wanted to capture something that looked painterly. Even without adding textures in post-processing, I think we did that. It’s a look that I really love. If you scour through my Instagram feed you’ll see instances of me playing with the concept. Examples can be found in these shoots with Ahna and Olivia or with the martyrdom-themed shots with my Dream Team.

There is very little post-processing of these images. I think the key to this look is largely using a style of light that emulates that of the old masters: A soft light coming high from camera left. The image needs to be slightly underexposed so you can capture detail in shadows. Underexposing also adds noise which gives the appearance of texture when you pull up the shadows in post. I sometimes pull the hue slightly to green, or at the very least minimize the magenta hues. You could dodge and burn, which is something I never take the time to do. Of course, styling can really add to the look. We don’t have props at the studio for this, so for this shoot, I simply had Jessa use a piece of fabric as a scarf. I feathered the light to the front of Jessa for most of these. In hindsight, I should have had it feathered more to the backdrop like in the final images on this page for a more classic-looking texture in the background. 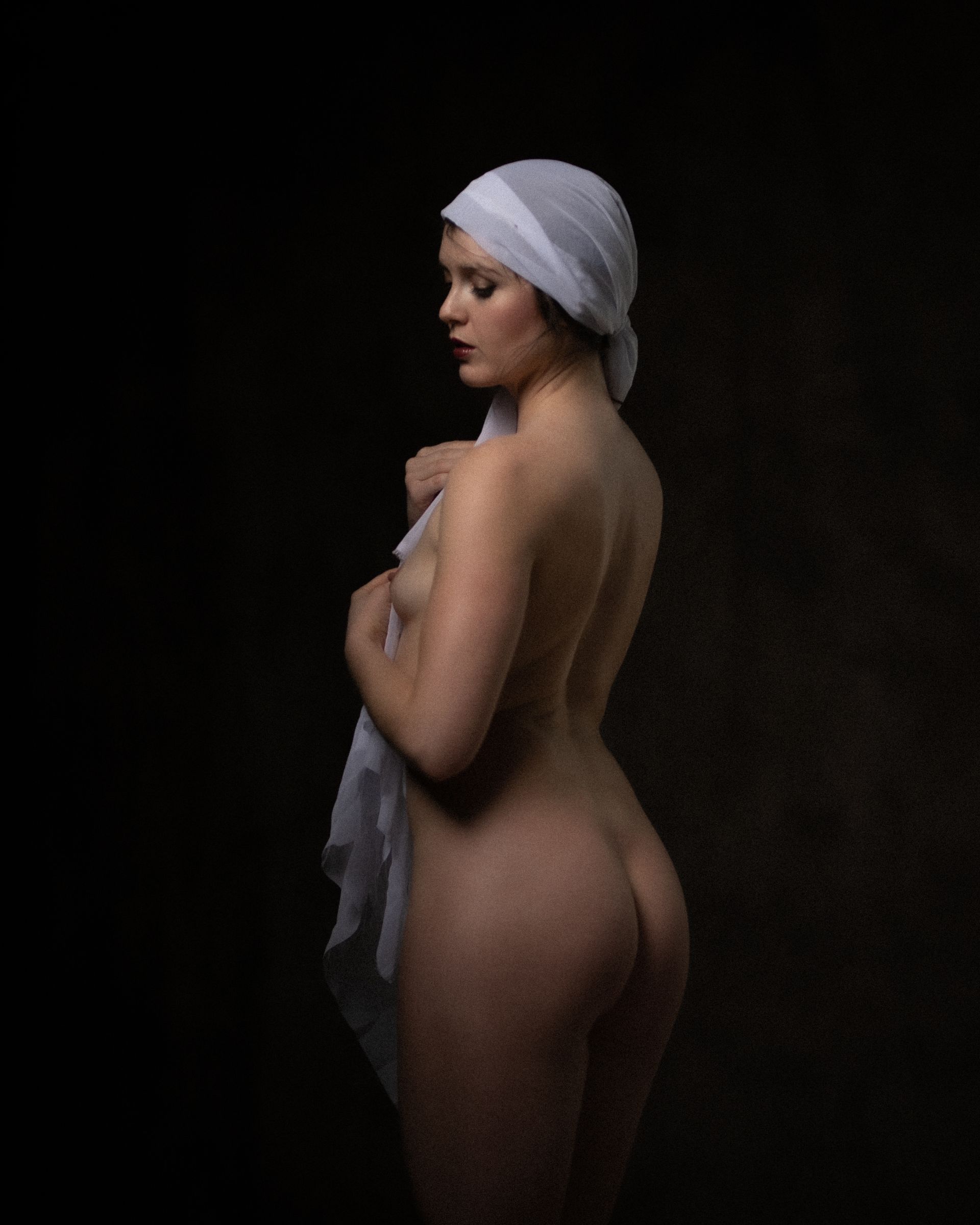 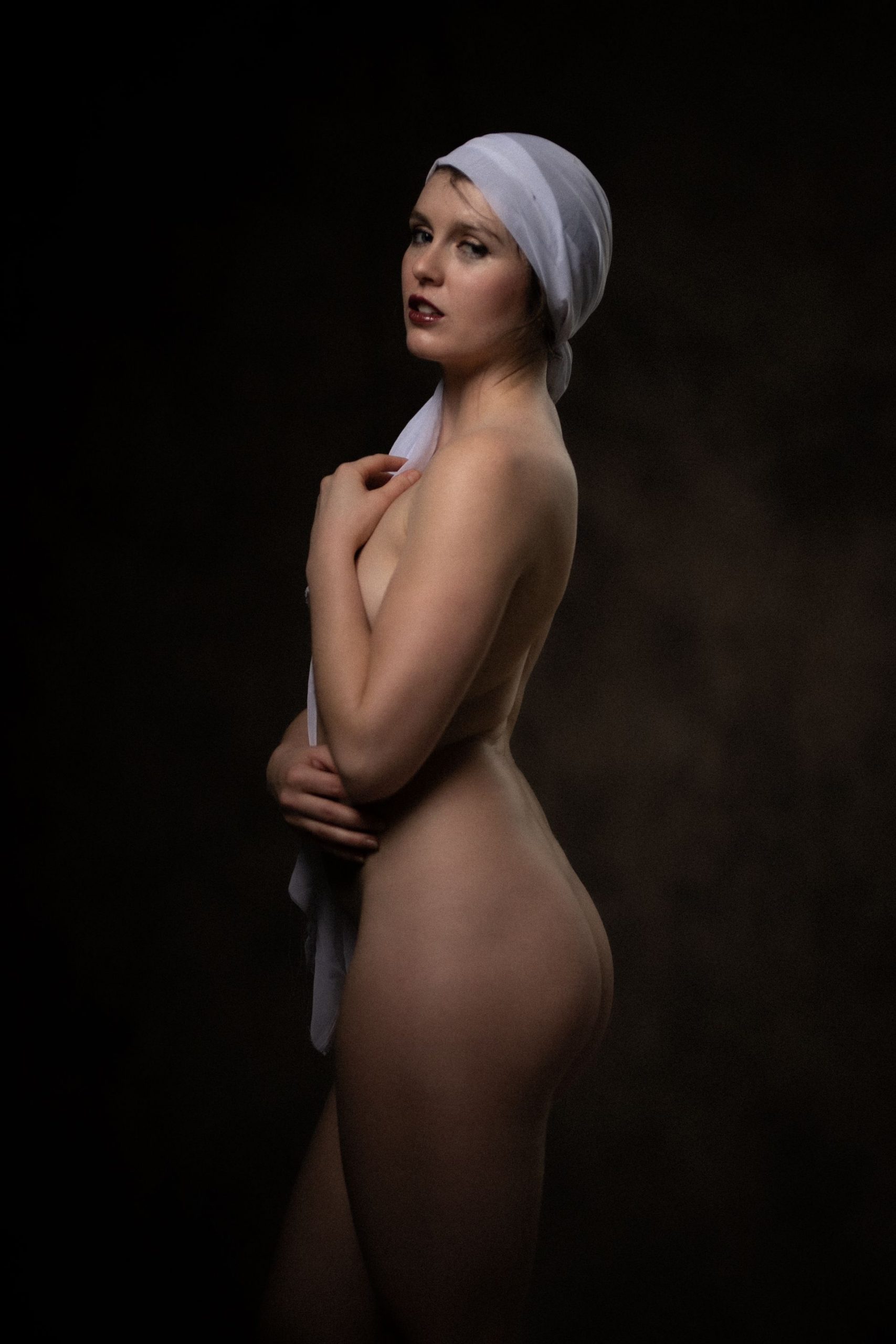 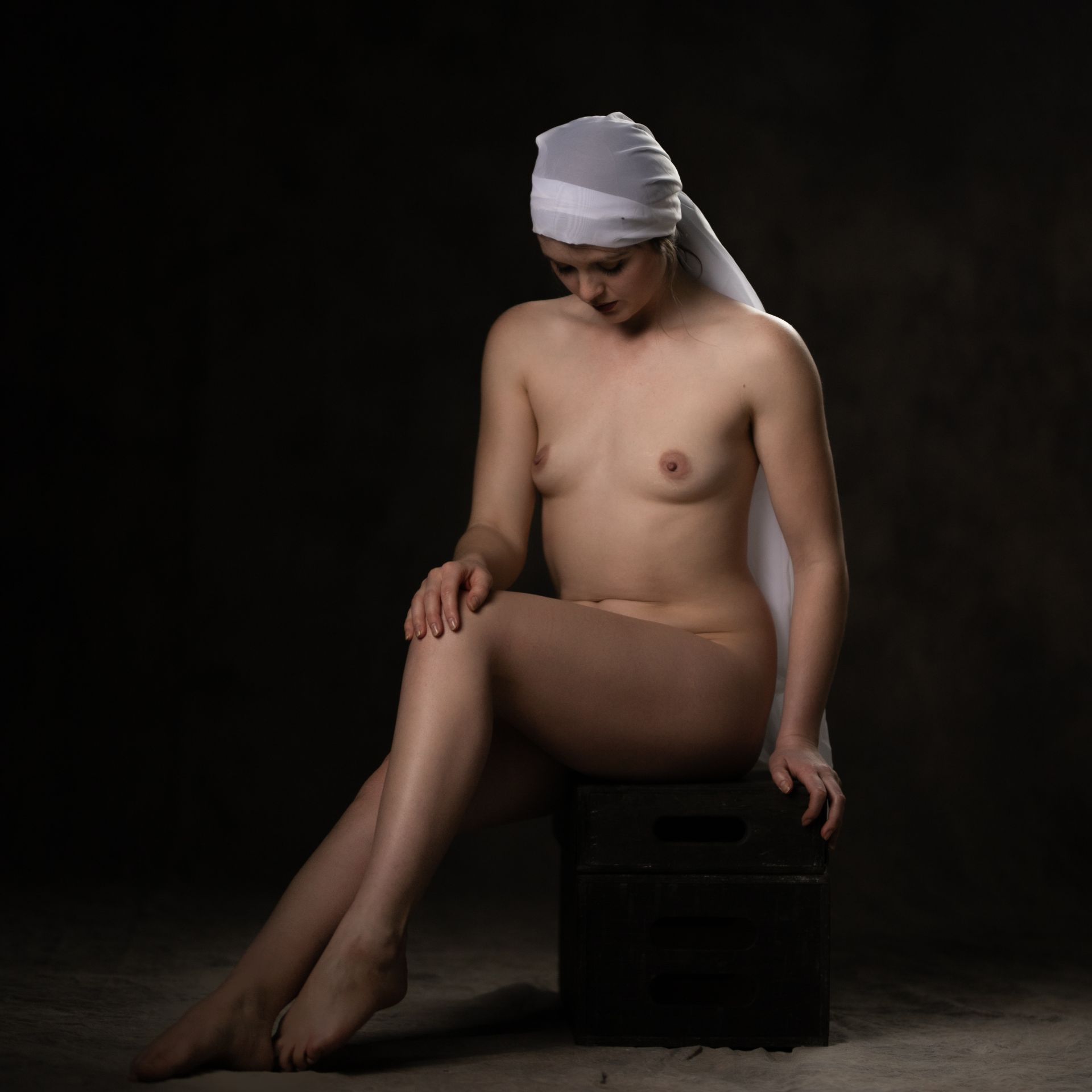 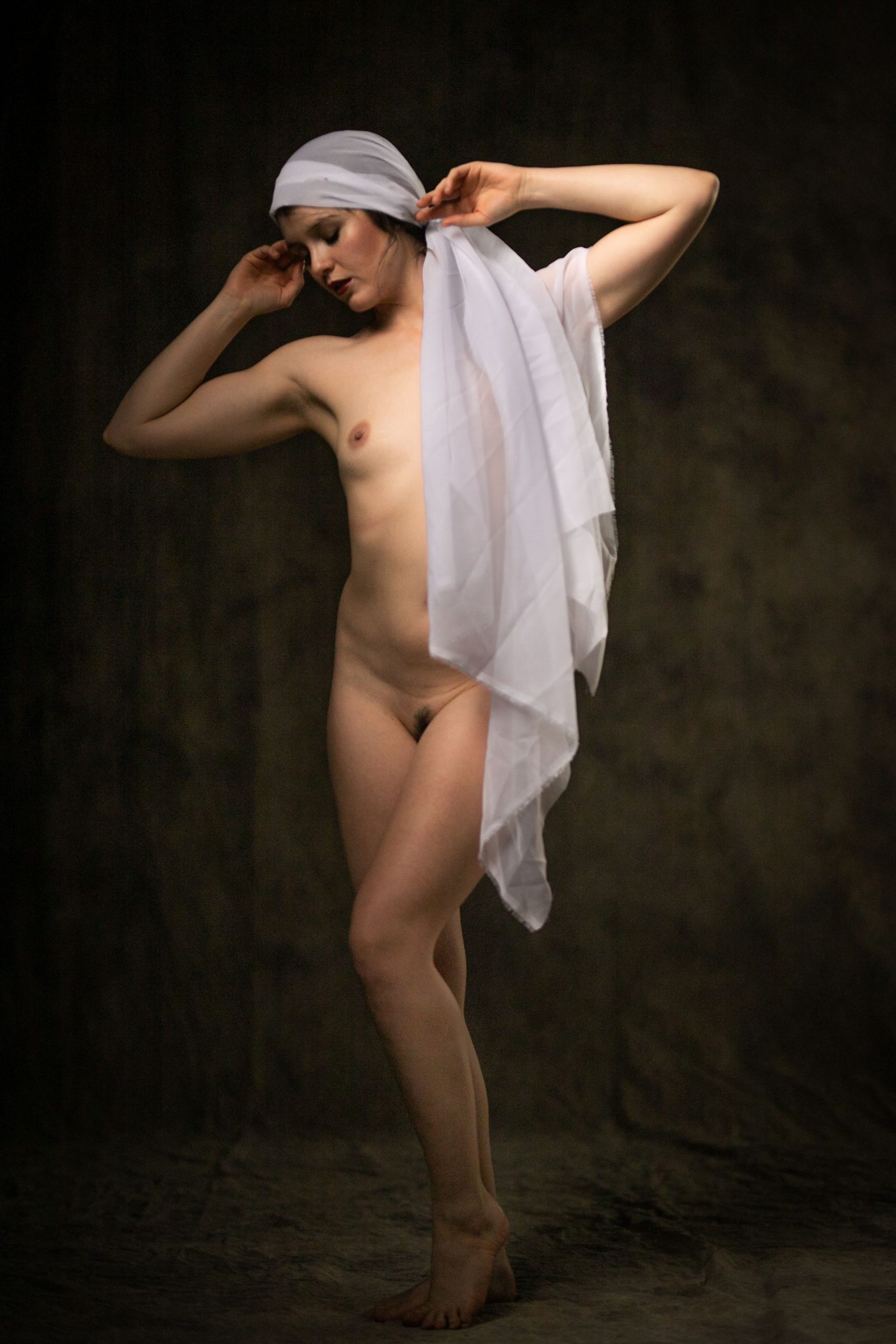 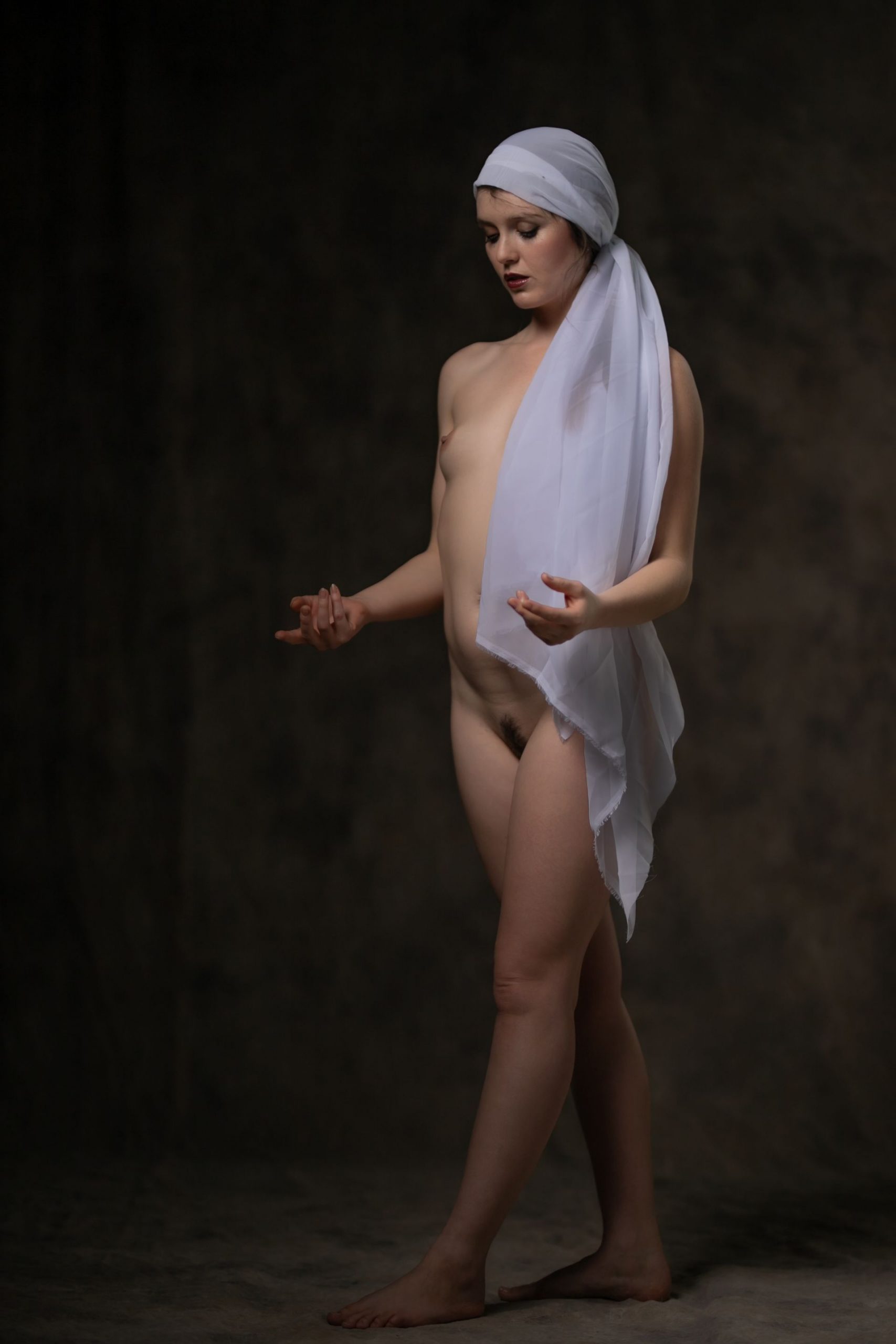 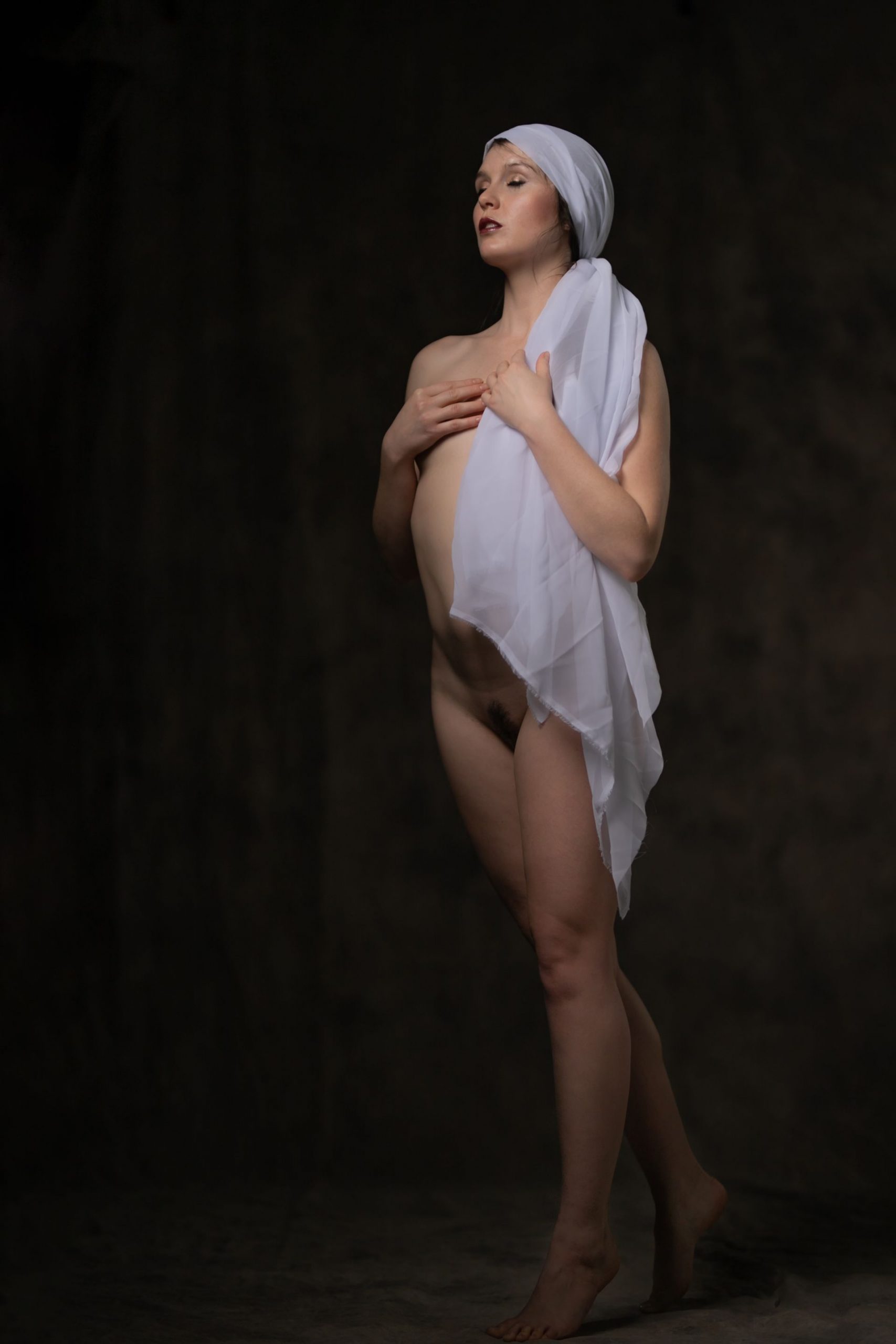 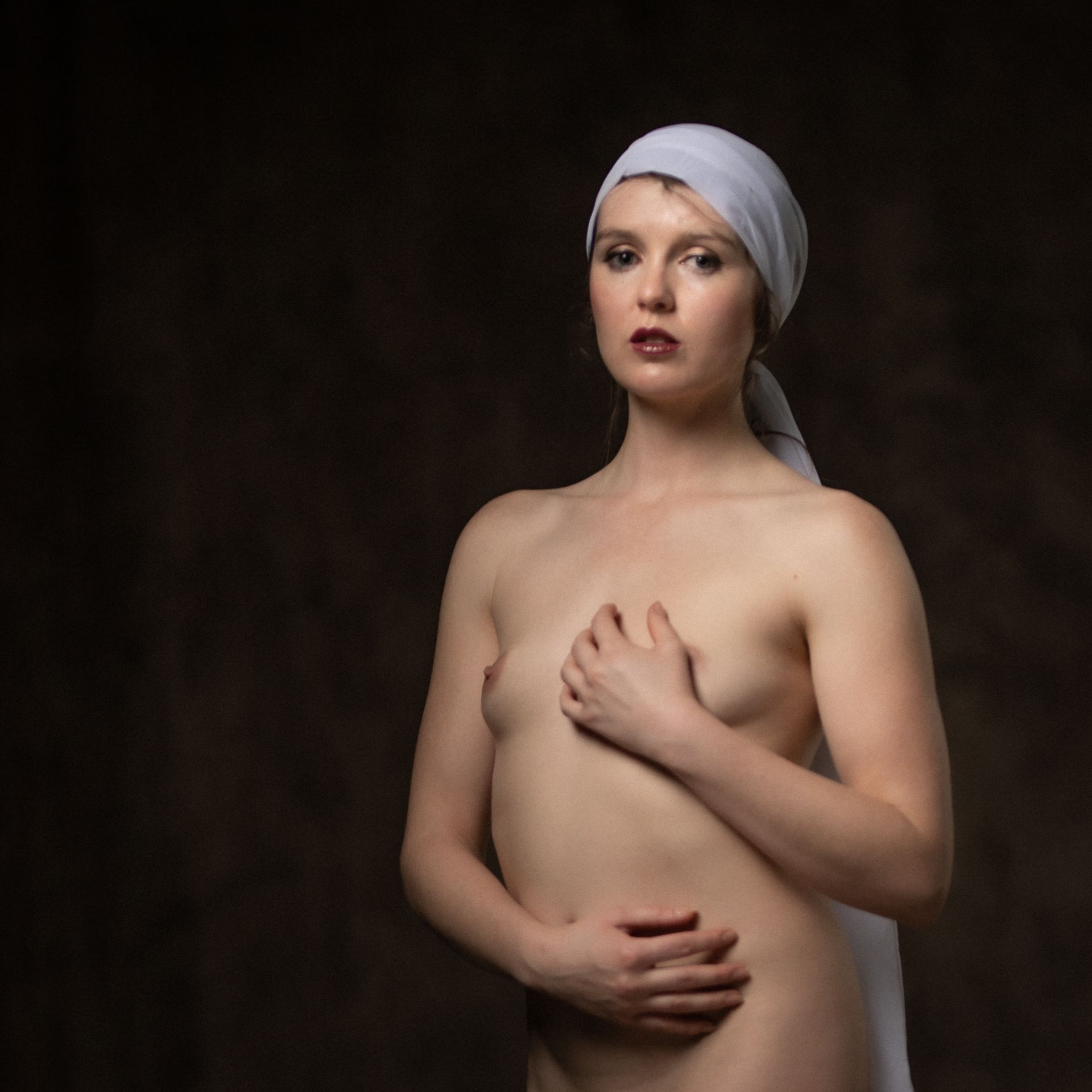 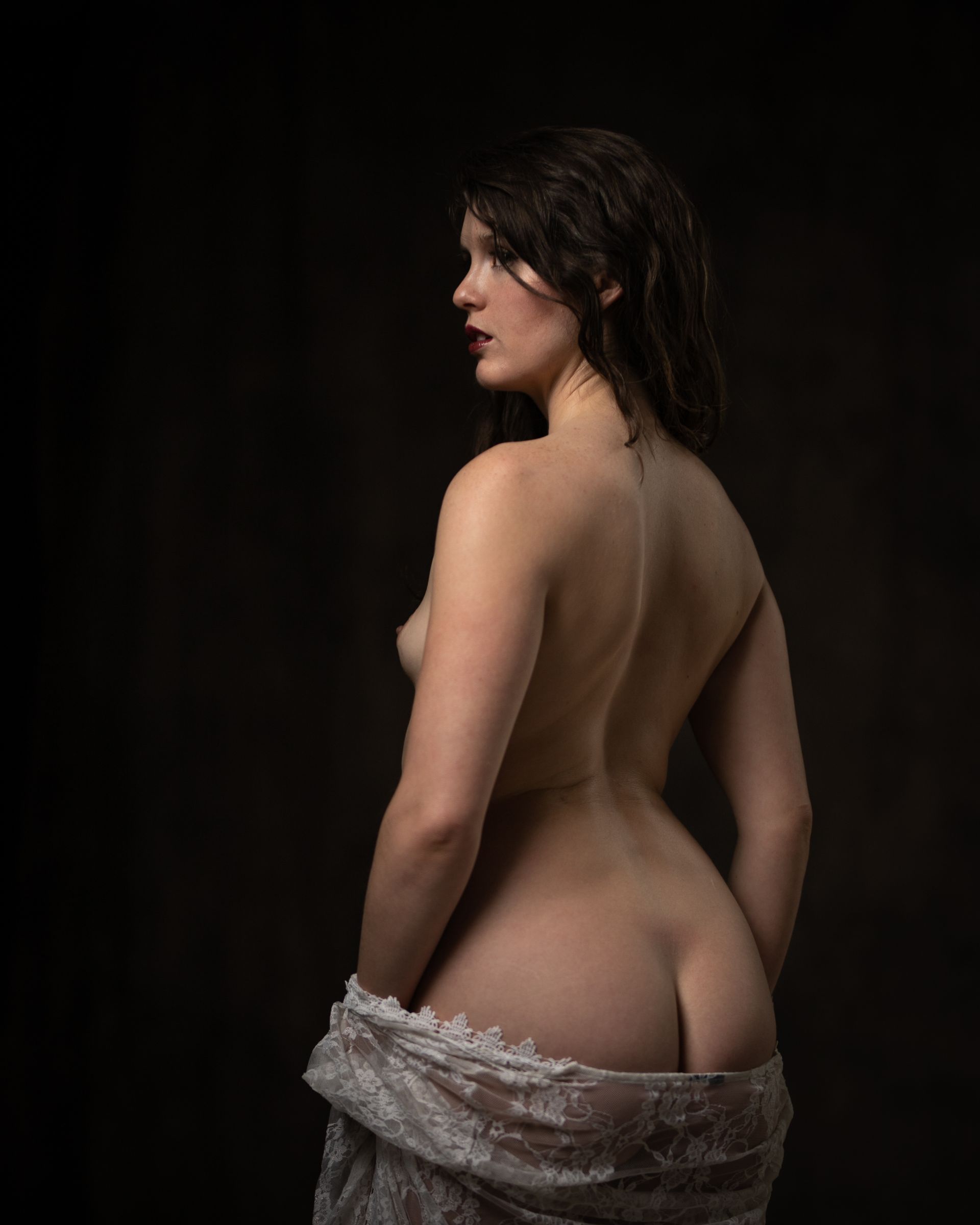 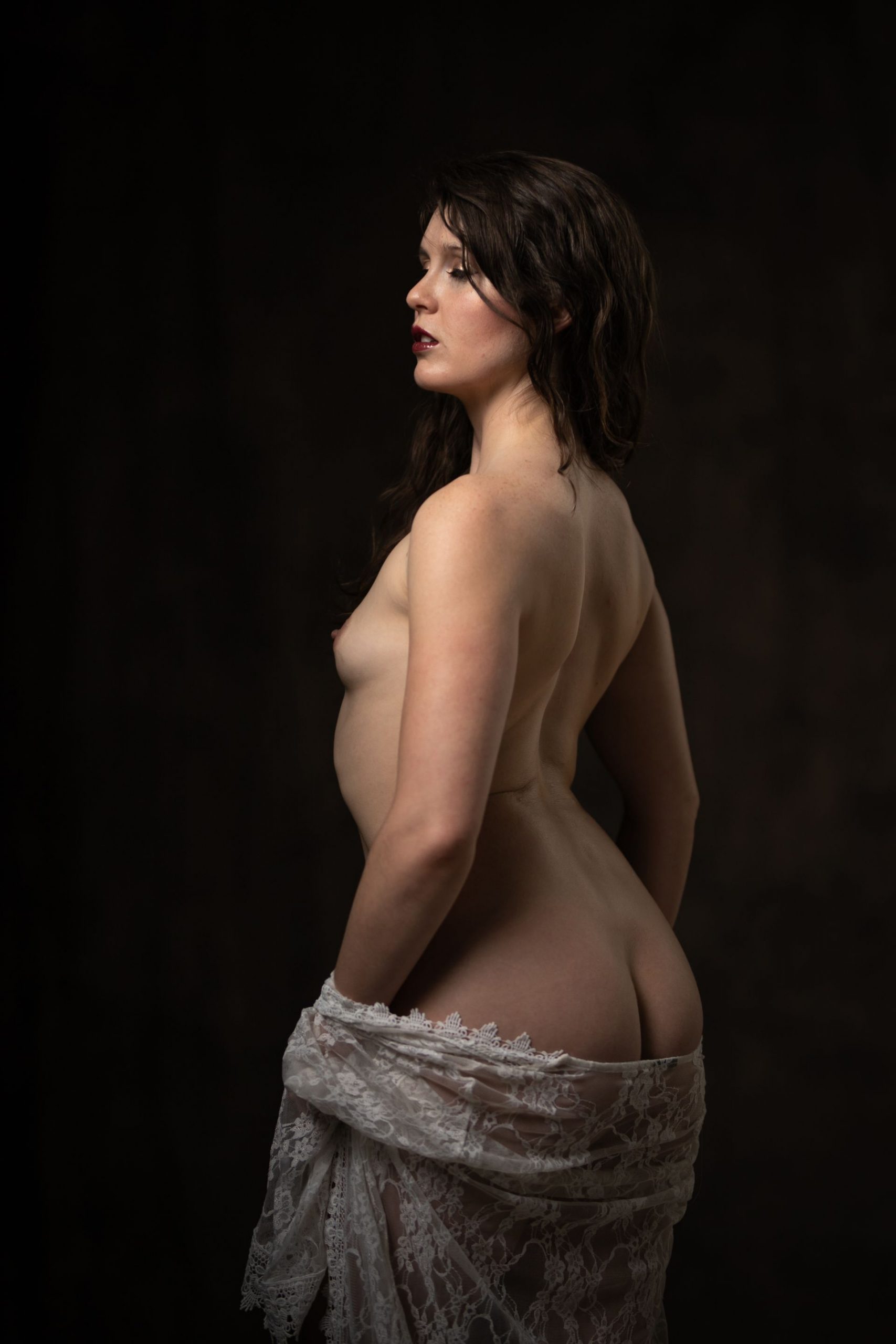 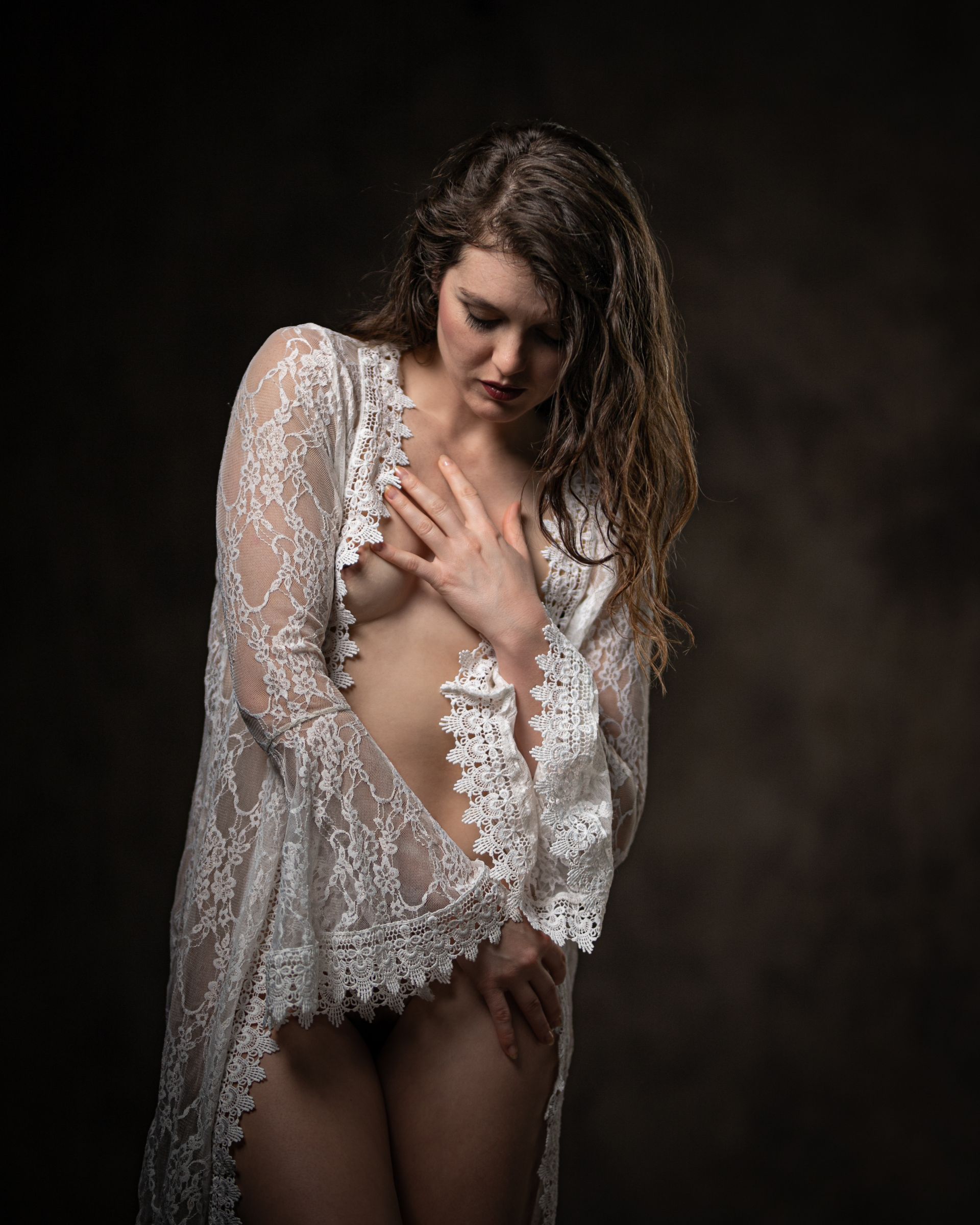 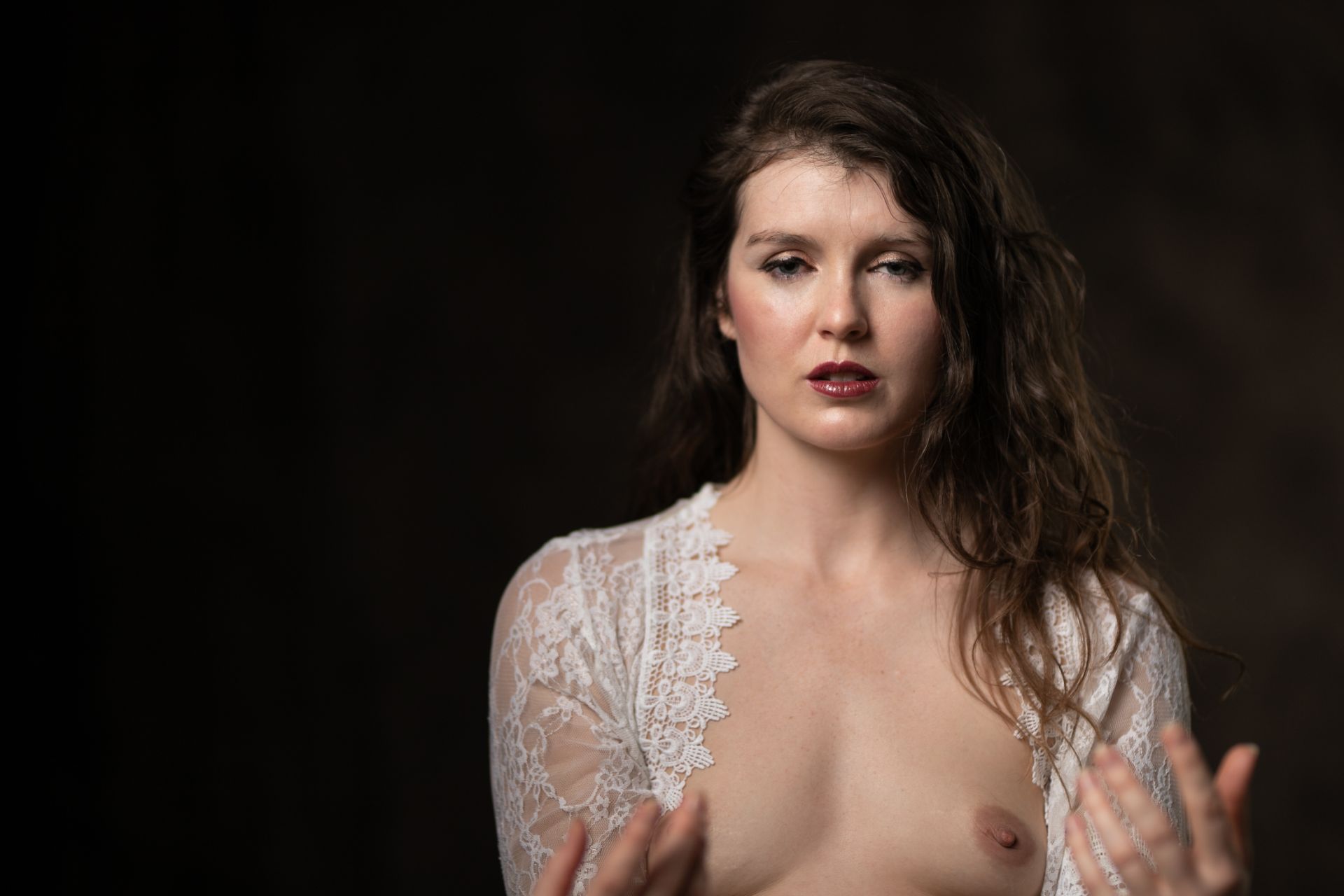 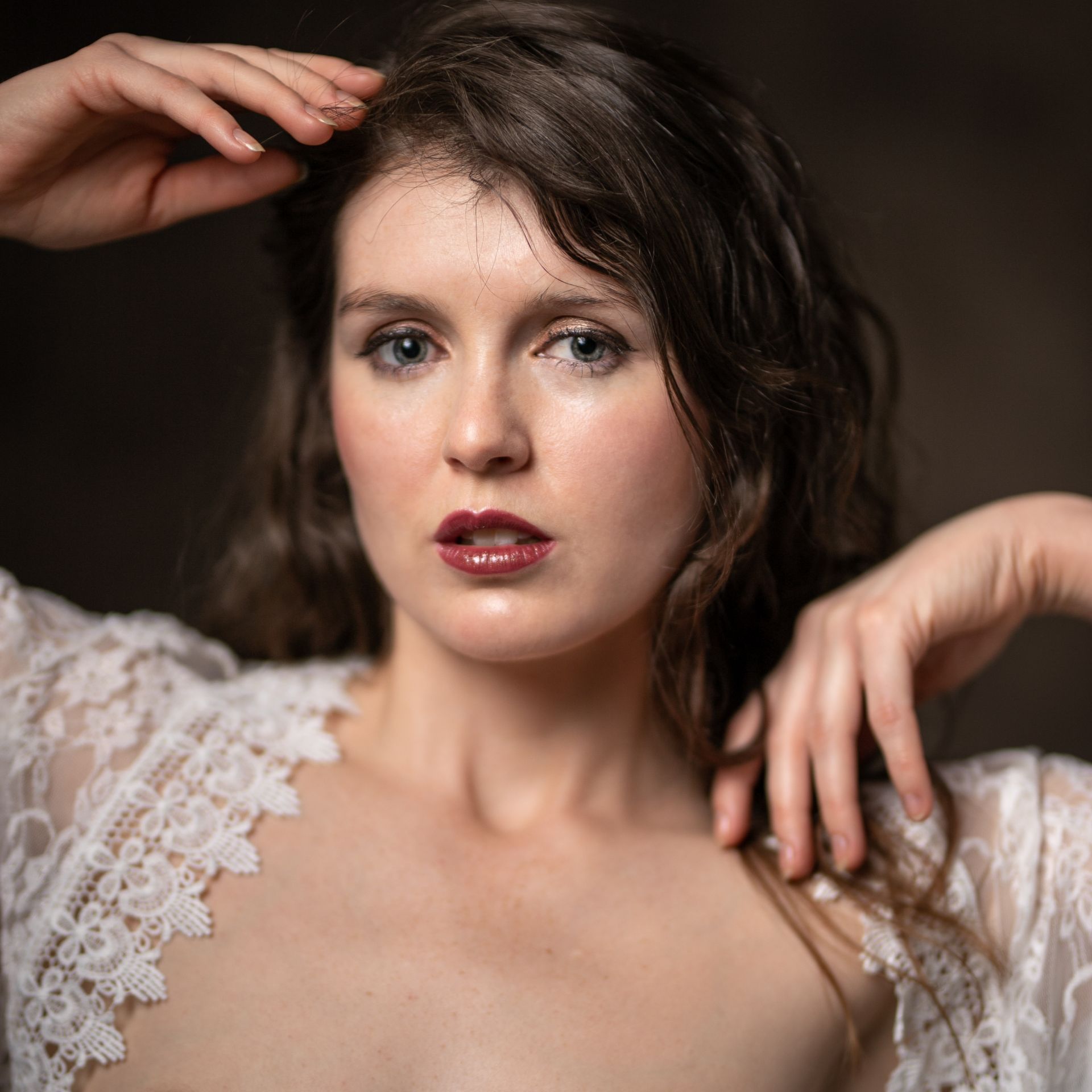 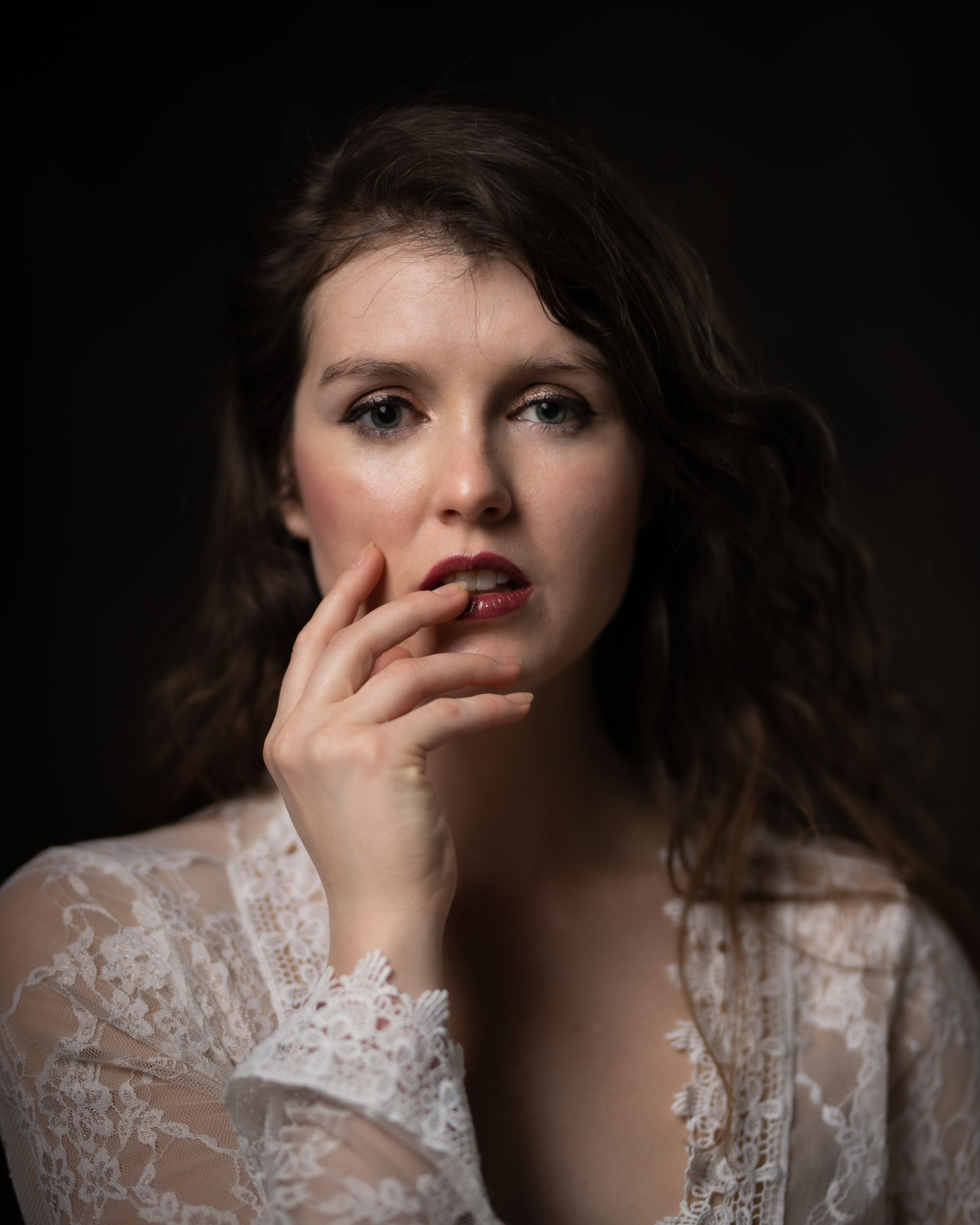 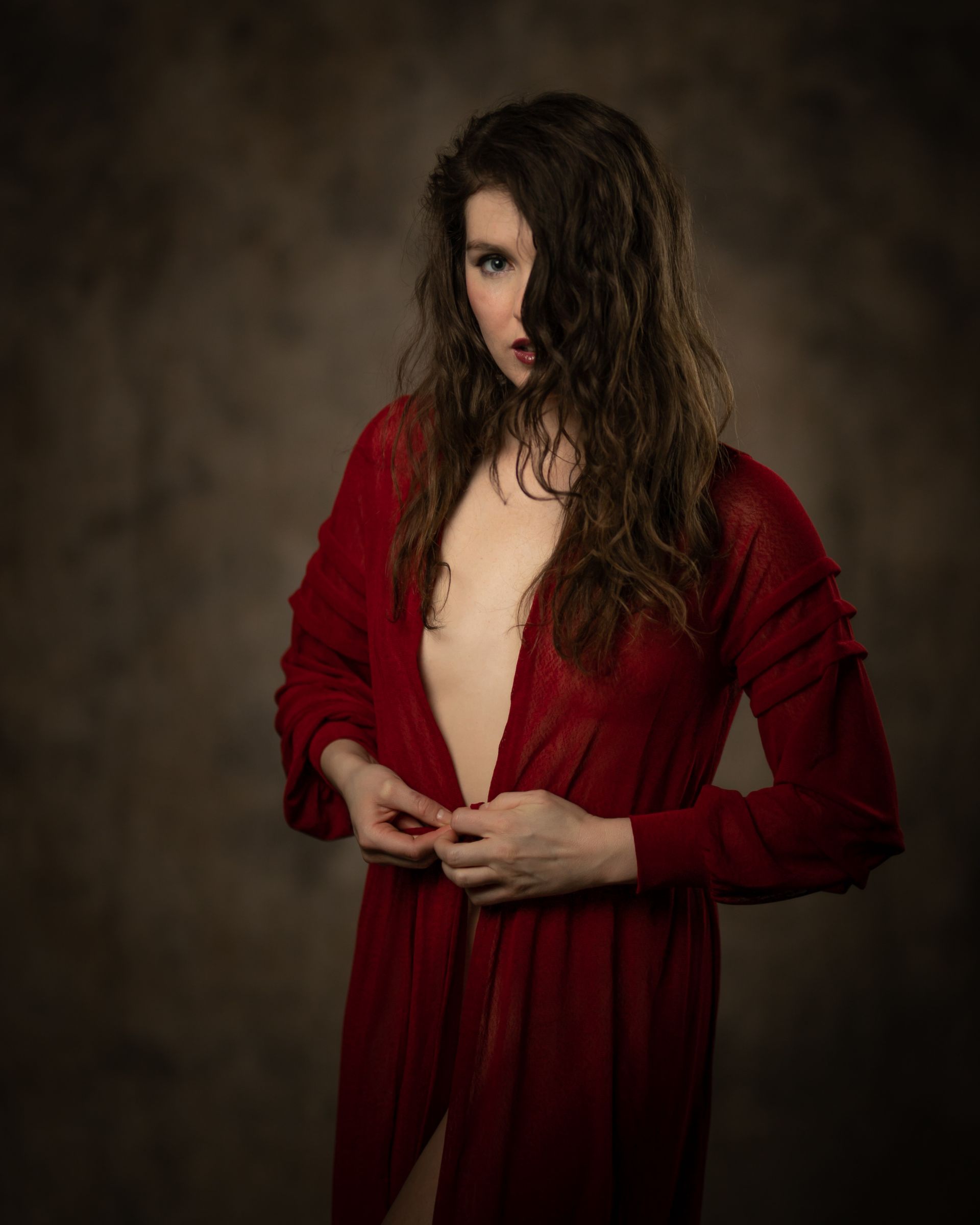 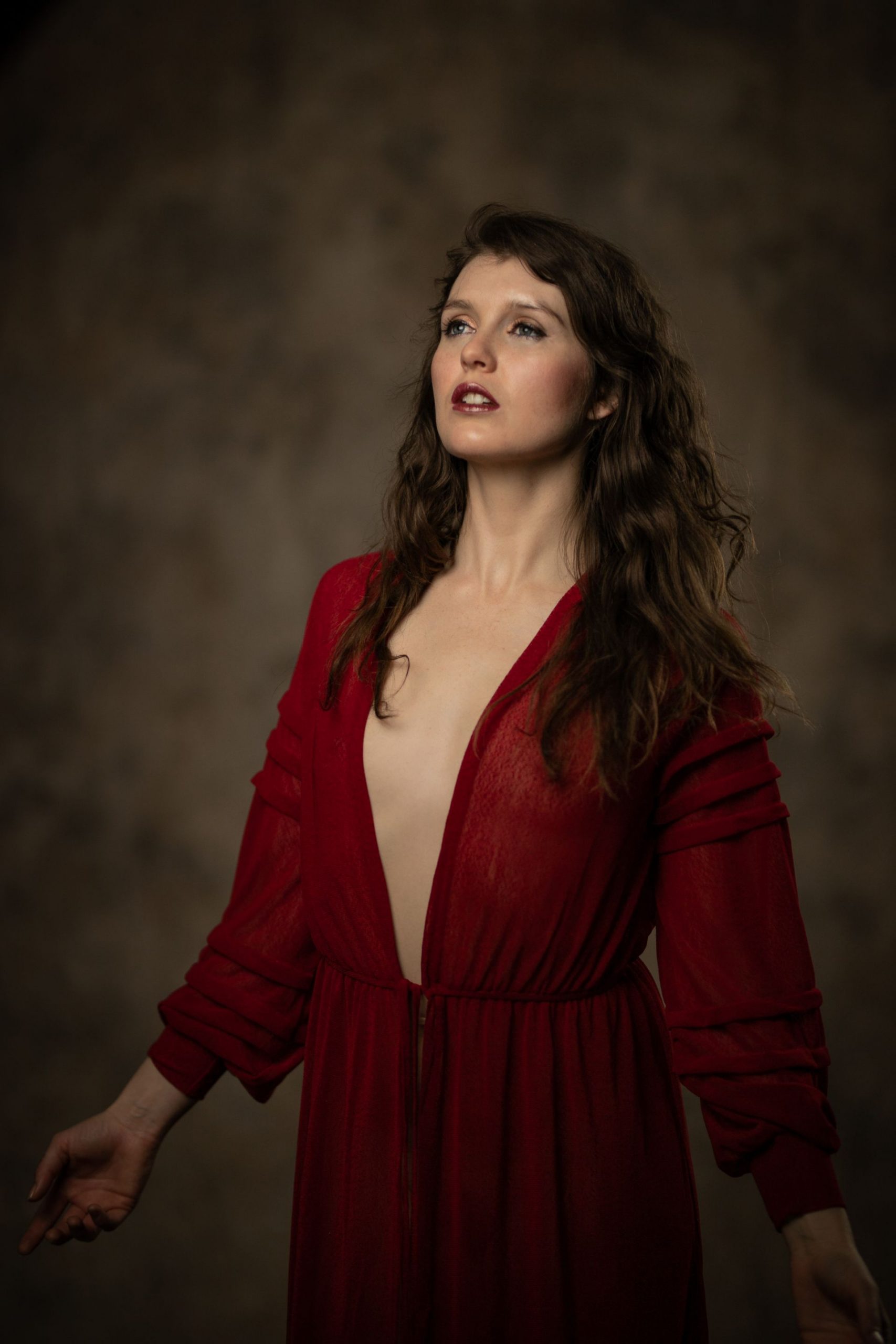