For me, photographing someone without clothes removes all artifice. All the trappings, symbols and meanings we assign to clothes is gone. All that’s left is the person, literally laid bare.

So nudity for me represents a certain truthfulness, vulnerability, authenticity, and honesty.

For most people in American society, nudity represents sexuality and eroticism. The only time the average person sees another naked is when they are having sex, so it makes sense, but it is a distorted view of the world.

There are few times when we see naked people in non-sexual contexts, so I applaud those who “expose” others to nudity in a more holistic, healthier way. We are all naked under our clothes. It’s a natural state of being.

On a recent shoot, my model brought in her young daughter. There were multiple models at the shoot and we planned to do nudes. But I have to say that I was a little shocked. Unless I’m at a a nudist resort, I don’t think I’ve had many experiences of parents exposing their kids to nudity in a healthy way.

Her daughter has obviously been to shoots before and for her this seemed normal. She was involved in the process peripherally and when her mother was having difficulty putting on a bracelet for a shot, her daughter nonchalantly stepped in to help her out. 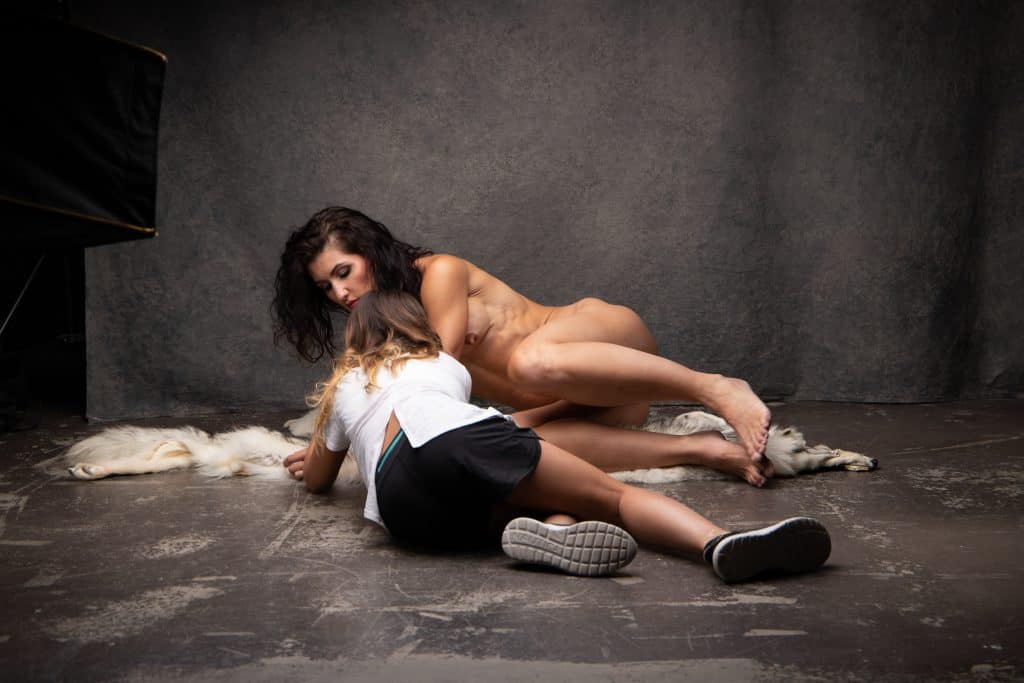 It was a beautiful thing to see. This wonderful mother had normalized nudity for her daughter. For the daughter, there was nothing weird, wrong, shameful or sinful in seeing her mom naked. It was normal. It was just her mom being mom.

This brief moment during the shoot was incredibly  touching. This young girl, thanks to her mom, is developing a healthy attitude towards the body. Hopefully, she will carry this attitude with her as she goes through her teen years and becomes a woman and will hold onto the belief that her body is not just a sexual object, but rather a beautiful vessel no matter what it looks like. A beautiful container for our souls that carries us through our lives and that is to be cherished, respected and enjoyed.